To the south and about 500 meters from the village of Kritsa we stumble upon the three-aisled, domed church of Panagia Kera, which is one of the most important monuments of Crete. The central aisle, dedicated to the Assumption of the Virgin Mary, was probably constructed during the Middle Byzantine period.

In the middle of the 13th century, the central aisle was frescoed. The church, in the early 14th century, underwent extensive renovation. During the first decades of the 14th century, the frescoes of the central aisle were renovated, and the two lateral aisles (the northern dedicated to Agios Antonios and the southern to Agia Anna) were then constructed and frescoed. The rich iconography and different styles make the church of Panagia Kera in Kritsa the most important monument in the region. Particular mention should be made to the depiction of Saint Francis of Assisi in the central aisle of the church, as well as to the scenes from the occult gospels on the aisle of Agia Anna. 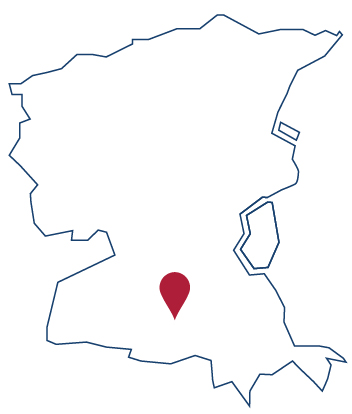